Kyle Gruter-Curham grows 6 acres of hemp in Irasburg. He says if lawmakers allowed it, he could add marijuana to his crops as early as next spring.

Vermont’s handful of medical marijuana dispensaries have exclusive permission to grow and sell marijuana in the state.  If and when lawmakers legalize non-medical weed, they will likely have a head start on a very profitable industry.

From the outside, Shayne Lynn’s 2,800-square-foot building in Milton looks more like an insurance company’s headquarters than a marijuana production plant.  Inside, thousands of marijuana plants grow under artificial light. Some are secured behind glass windows, others obscured inside shipping containers.

“We’ve been here probably roughly two years in this building now,” Lynn says as he walks upstairs. “So I would say every month there’s something new going on.”

Near a commercial kitchen, people assemble vape pens and place lozenges into packaging. Lynn’s 50 employees take cannabis from tiny clones and get it into customers’ hands.

That is how lawmakers and officials wanted it. State law allows five dispensaries to grow, process and sell medical marijuana. Each is assigned to a region, and patients have to commit to one dispensary. There is virtually no competition outside of the black market and home growing.

“That would be an oligopoly,” explains Sara Solnick, chair of economics at University of Vermont, in response to a description of the current system. An oligopoly is a market controlled by just several businesses. 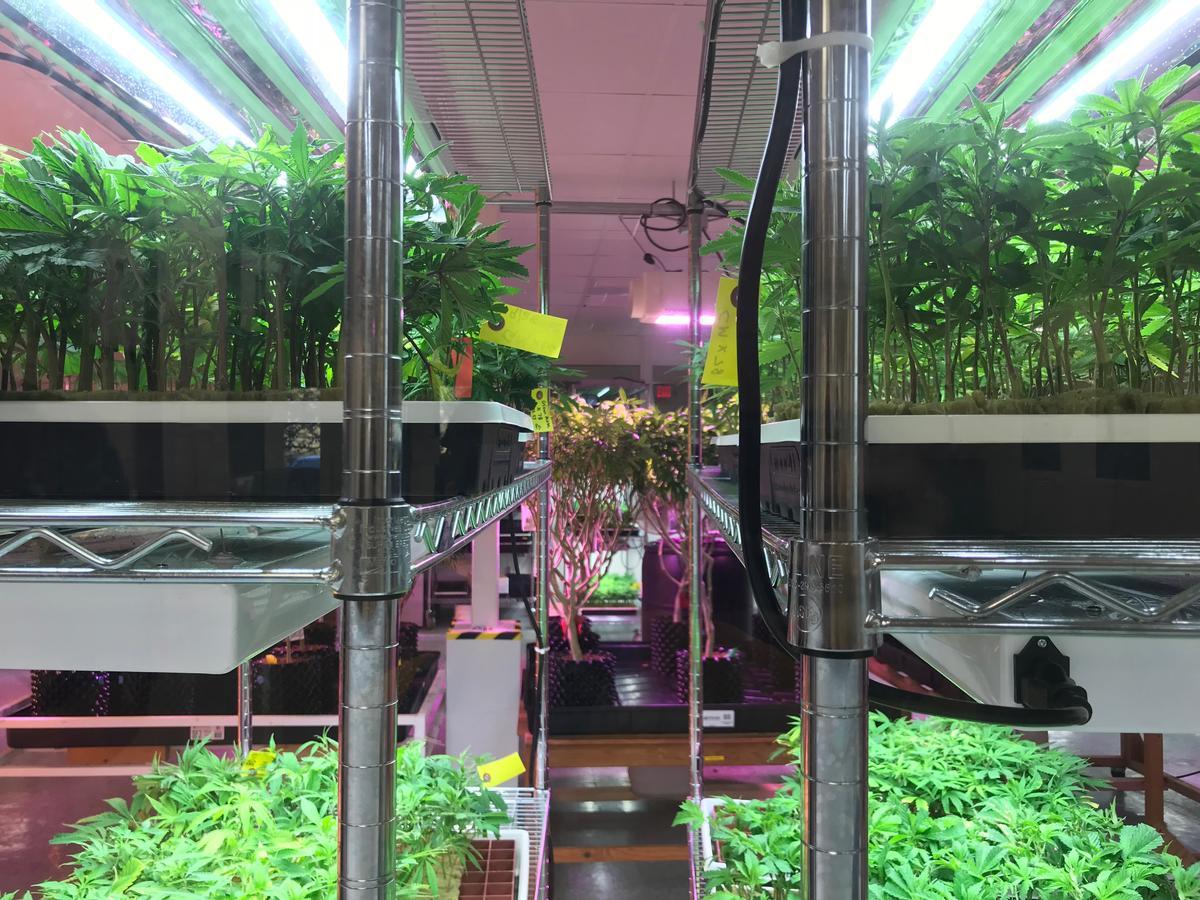 Lynn has by far the biggest share of the oligopoly. He applied for and received two of the the state’s five certificates, and operates dispensaries in populous Burlington and Brattleboro. Five years in, Lynn has an exclusive relationship with about 3,000 people — two-thirds of the state’s medical marijuana patients.

In the meantime, demand for medical marijuana is growing. Every two years for the last decade the number of patients in Vermont has about doubled.

Thanks in part to lawmakers, Lynn has a solid corner on the market many believe is about to explode.

In a 2015 report, the Rand Corporation estimated Vermonters spend about $165 million a year on weed from the black market. That’s a third of the value of Vermont’s dairy industry and more than half the value of the state’s beer industry.

If and when lawmakers legalize recreational marijuana, there will be profits to be made.

“I see it as a huge opportunity,” says Matty Kuhnell, a Wolcott vegetable farmer. “I’d probably liquidate up to half my farm to try and make it happen.”

Kuhnell is helping with the harvest at at his buddy Kyle Gruter-Curham’s hemp farm in Irasburg. Here, the plants grow in rows like small flowering Christmas trees.

Marijuana and hemp come from different varieties of the same plant family, and are similar when it comes to cultivation. Vermont legalized hemp farming in 2013. As of earlier this month, 93 people are registered to grow hemp in the state. These growers could be well positioned to cultivate marijuana as well, should outdoor cultivation of that variety become possible.

Read more and listen at vpr.net